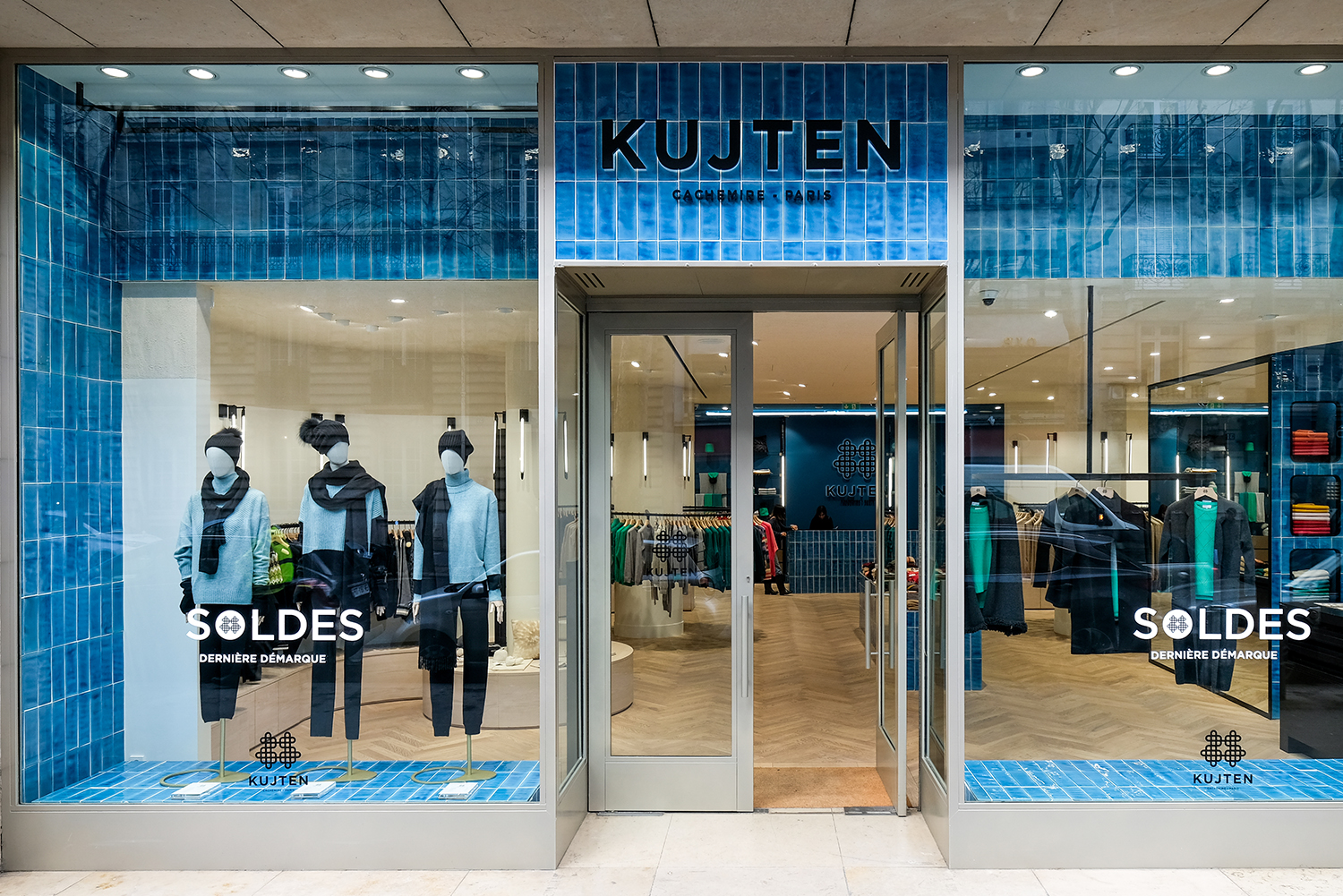 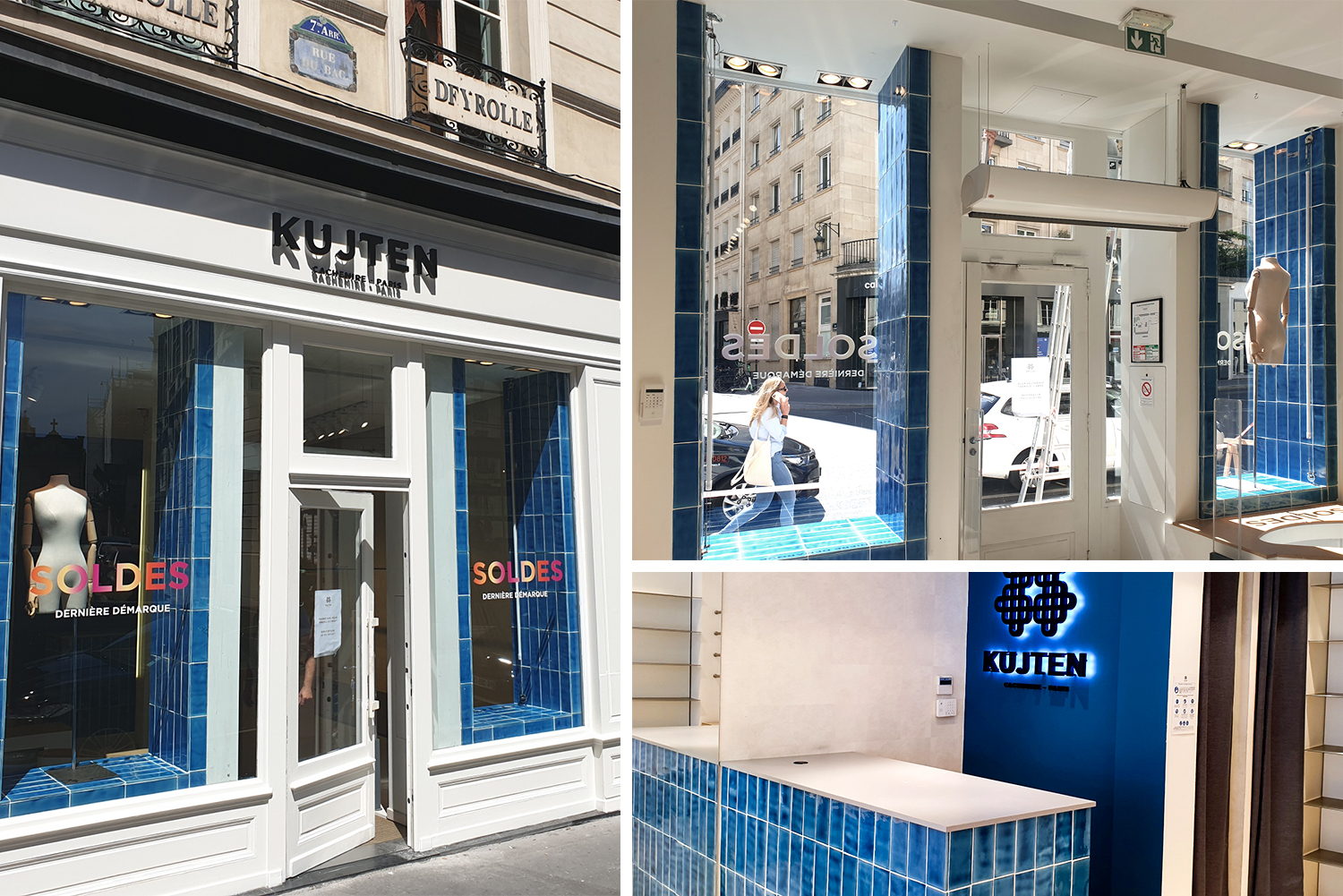 FROM VISION TO MISSIONS

Refresh the points of sales brand image, in line with the new graphic identity.

Kujten, a Parisian cashmere brand, has decided to rethink its store concept in accordance with its new brand image. Following the layout by Espace 4 teams of its flagship in Paris Victor Hugo, the brand wished to upgrade a major part of its network of points of sale.

In order to homogenize its store network, KUJTEN called on the expertise of Espace 4 Remodeling – specialized in renovation campaigns for stores in operation – to ensure the deployment of its new concept.

Our teams worked on the main identity elements of the concept to be implemented : earthenware furniture, interior and exterior sign, as well as the lights.

These elements, which were prefabricated in our production workshop, have been implemented on a “plug & play” mode ; allowing to limit the closure of each site designed as part of the framework program to a few days.

As a result, a new concept rolled out in record time on the point of sale network entrusted to our teams, allowing the stores to reflect the new Kujten brand image… In the end, a successful deployment.